We are now accepting new patients and would be delighted to serve your needs, as well as the needs of your family. We are a patient-centered practice whose focus is to partner with the patients we serve to help them achieve optimal health.

What Exactly Are Hormones?

Hormones are the body’s special chemical messengers in the body that are created in the endocrine glands and affect the functioning of other cells. These chemical messengers control most major bodily functions, complex systems such as reproduction to basic needs such as hunger to. Hormones even effect your mood and emotions.

Why Does Anyone Take Non-Bioidentical Hormones?

What is the Goal of Bioidentical Hormone Therapy (BHT)?

As we age, our hormone levels naturally decrease. Bioidentical hormone therapy – or BHT – provides your body with an adequate supply of a deficient hormone in a form that is molecularly identical to that which your body produces. Because bioidentical hormones replicate the chemical structure of the hormones they are replacing, the hormone’s normal healthy physiologic effects are restored. Because every person is unique and hormone levels vary, we customize a BHT program for each patient based on symptoms, consultation, an evaluation of laboratory blood tests, and the identification of optimal hormone levels. While the general goal of BHT is to return your hormones to optimal levels, specific goals include:

How is BHT Administered?

Bioidentical hormone pellets about the size of a grain of rice are painlessly inserted under the skin. These bioidentical hormone pellets are obtained in various strengths from a highly rated commercially licensed compounding pharmacy. The pellets are synthesized from soybeans and contain pure hormones. Other than a small amount of stearic acid, which is common in pharmaceuticals, there are no other ingredients in them. These pellets provide a steady hormone level for three to six months and, even though they are made from soybeans, it’s very unlikely that soy-sensitive individuals will have a problem tolerating them. It is important to note that bioidentical estrogen and testosterone are not suitable for oral ingestion as they are chemically inactivated during the intestinal absorption process. As such, any estrogen- or testosterone-like drug taken by mouth should be assumed to be NOT bioidentical.

Testosterone is vital to the health and well-being of BOTH men and women. Testosterone in men is mainly produced by the testicles and, in smaller quantities, by the adrenal glands. In women, testosterone is produced in both the ovaries and the adrenal glands. Testosterone contributes to muscle mass, strength and endurance, decreased fat, increased exercise tolerance, enhancement of the sense of well-being and psychological health. Testosterone protects against cardiovascular disease and reduces blood sugar. It leads to improved lean muscle mass, increased bone density, decrease in cholesterol, improved skin tone, improved healing capacity, and increased libido and sexual performance. It enhances the quality of life for both men and women by decreasing the diseases of aging. Cells that require estrogen use testosterone to manufacture estrogen inside the cell by a chemical conversion that uses an enzyme called aromatase. Testosterone is present and extremely important in both men and women, making adequate tissue levels very important for health in both sexes.

Estrogen refers to a group of similar hormones produced in the body. Like testosterone, estrogen is a required hormone for the health of BOTH men and women. The main three are estrone (E1), estradiol (E2), and estriol (E3). Estrogens are believed to protect against heart disease, stroke, osteoporosis, Alzheimer’s disease, and memory disorders. It also protects against vaginal atrophy, urinary incontinence, and prevents symptoms of menopause, including hot flashes and poor temperature regulation. It can improve balance by the “visual somatosensory” system in the central nervous system. Estrogen deficiency is linked to urogenital atrophy, incontinence, increased skin wrinkles of the face, fatigue, depression, mood swings, and decreased libido. However, most women we need only testosterone pellets as their body, like men’s, makes all the intracellular estrogen it needs from testosterone, thus avoiding the serious problems that can occur with high-circulating estrogen levels in the blood. While estrogen supplementation is rarely necessary, it is important that any estrogen prescribed be a bioidentical estrogen and not a non-human estrogen. The non-bioidentical synthetic estrogens bind nearly 20 times stronger to your cell’s receptors and have been proven to be harmful.

Progesterone is primarily produced in the ovary just prior to and after ovulation. It is also produced in large quantities by the placenta during pregnancy and in small quantities by the adrenal glands. If you are on bioidentical estrogen, you should probably be on this hormone, too. It seems to protect against uterine and breast cancers, fibrocystic disease, and ovarian cysts. Unfortunately, most women in the U.S. are prescribed a synthetic horse derived progestin (Provera), which can cause side effects such as bloating, headaches, fatigue, weight gain, and heart disease. Bioidentical progesterone does not have these side effects.

There can be nutritional deficiencies encountered in the BHT patient that may affect BHT effectiveness. Examples include iodine and other trace mineral and vitamin deficiencies. If this is suspected, inexpensive non-prescription supplements may be recommended. B-12 injections are offered monthly to those BHT patients who so desire. Many feel it helps. 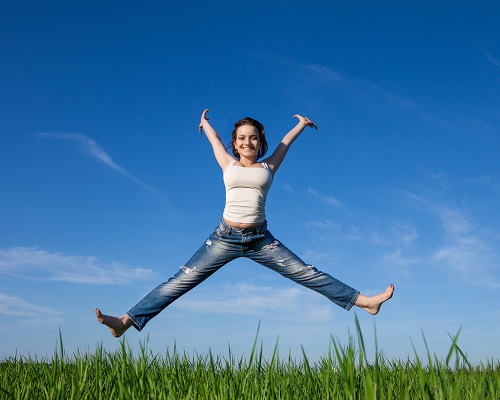